The East End Canal Tales weaves the memories of over 50 local residents together with historical accounts to tell of intriguing, sometimes humorous, moving – and often surprising – stories of life and work on the Regent’s and Hertford Union Canals over two centuries.

Read about canal trades of coal and manure and canal-side industries ranging from timber and metalworks to ice and chocolate. Learn about the canal’s role in what was the equivalent of the Victorian internet. Relive childhood memories of diving from ‘the pipe’ and being chased by the ‘cut runners’. Join the villains’ search for the holy grail of a gold cargo.

The book is written by Carolyn Clark and published by London Canal Museum as part of the 200th anniversary celebrations of the Regent’s Canal. Lavishly illustrated in colour, the book has over 130 photographs, many never published before, and three maps.

Carolyn Clark lived and worked in Shoreditch for over 20 years from 1976. She edited ‘Shoreditch Views’ community newspaper in the mid-1980s and wrote ‘In Shoreditch’ magazine’s regular Past and Present column in the 2000s. She has written for other publications ranging Shoreditch Unbound, 2011 and Hackney: Portrait of a Community 1967-2017, 2017. From 2010, Carolyn has led community history projects: East End and the Shoreditch Canal Heritage Projects for Laburnum Boat Club; Islington Canal Heritage programme for the Young Actors Theatre Islington; Mapping Tottenham for Bridge Renewal Trust; Lower Clapton Heritage Project for Hackney Historic Buildings Trust. Carolyn now lives by the Hertford Union Canal in Bow. 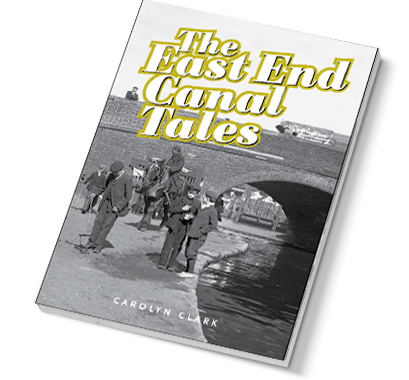 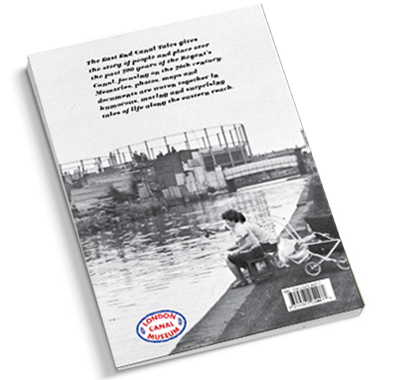